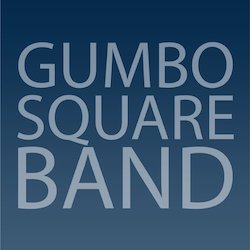 The Story of The Gumbo Square Band

It wasn’t until Serge Grad stumbled through the dense fog on Hastings Street in Vancouver….

That he saw the fragile side of humanity, in the hundreds of faces in front of him, the voiceless that could be found in every country in the world. What he encountered weighed heavily on his mind. This brought the birth of the song, Lonely Hearts, co-written with long-time friend and lyrical songstress, Amy Zahedi.

It was soon after that he contacted musicians that he had known for a long time, to form The Gumbo Square Band. Together, they all shared the same desire: to make other people’s lives better. Removing the borders by incorporating talent from all over the world, created a dynamic that erased discrimination within the band.

The Gumbo Square Band…..The band of voices, in different languages, speaking for the voiceless through music and a heartbeat for humanity……..

The concept of songwriter/keyboardist Serge Grad, the Gumbo Square Band is a mixture of 50 male and female singers, musicians, sound/light engineers, and tour managers from across the globe. With more than 12 nationalities currently involved with this extraordinary project, they have donated their time, talent, and new songs to support the causes plaguing the world.

The Gumbo Square Band has released a series of three separate pieces of work: Lonely Hearts, How Does It Feel, and Le chemin de Damas (Road To Damascus), a new set of projects focusing on the aim of recognizing and seeking out solutions for social problems.

Songs have been written in English, Portuguese, and Spanish to underline their cosmopolitan flavor. To record these albums, The Gumbo Square Band uses the most current of today’s technology. These musical wav files cross the entire planet for editing in Mexico, before being sent to their final destinations in France and Germany to be mixed and mastered.

The Gumbo Square Band´s musical streams like Latino Jazz Lounge, World Music, and Pop Elektro Rock will take you away on an unbelievable journey…..Fasten your seat belt and get ready to take off!

Lonely Hearts, How Does It Feel and Le chemin de Damas are now available for download in our online store, as well as Amazon Music, Google Music, iTunes, and Apple Music, and on music services such as Reverbnation, Bandcamp, Spotify and Deezer.

The Gumbo Square Band…..The band of voices, in different languages, speaking for the voiceless through music and a heartbeat for humanity……..